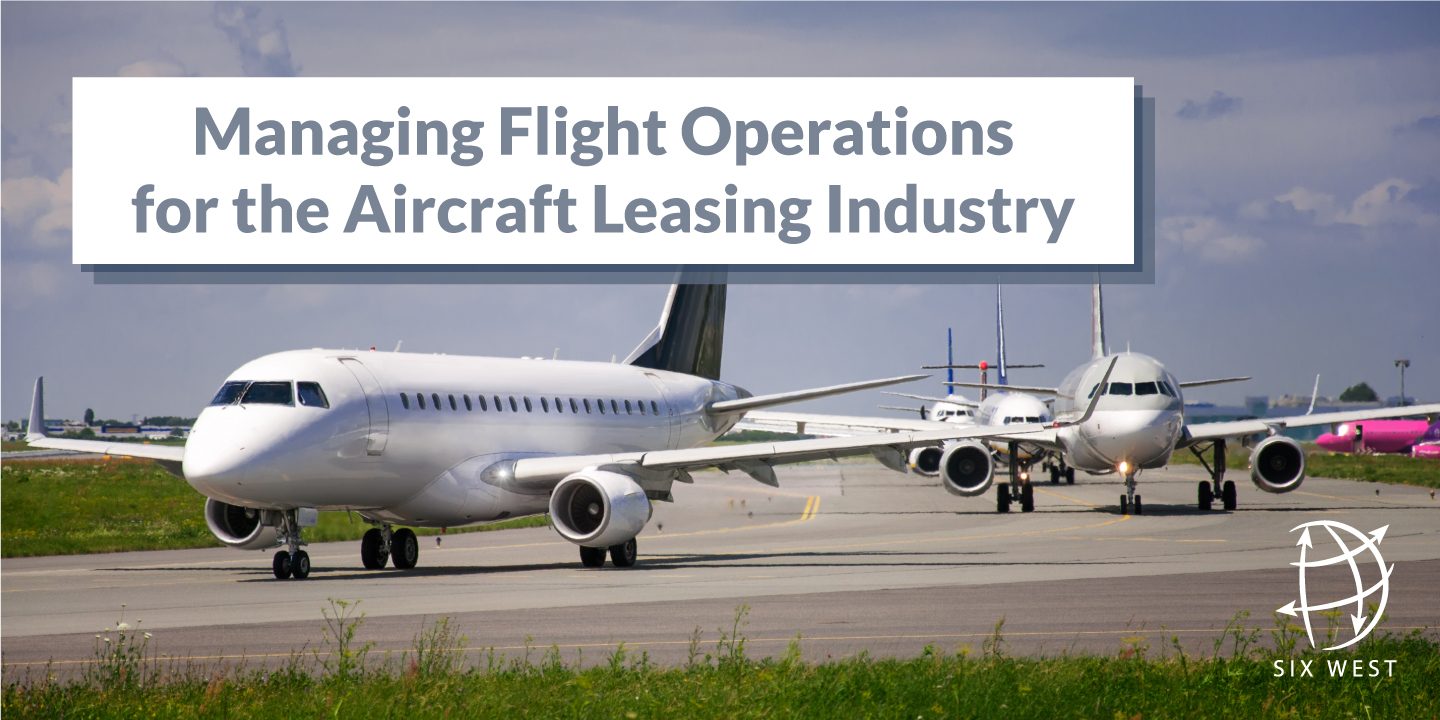 The aircraft leasing industry has been central to the growth of commercial air travel and continues to play an important role in the future of commercial aviation.  More often than not, when airlines want to expand their fleet and/or routes, they turn to aircraft lessors to lease rather than purchase aircraft. According to data from the CAPA Fleet Database, half of the commercial aircraft in service with the world’s airlines is in fact leased (CAPA – Centre for Aviation, 2018).

Once a lease agreement is established between a lessor and a lessee, the aircraft enters a phase of transition. It has to be delivered safely and efficiently to its new “home” on an agreed date as the lessor and lessee determine. The same applies when the lease agreement expires. In these scenarios, the aircraft has to be delivered to a location chosen by its owner, which depends upon a multitude of factors and often involves long, transcontinental flights.

Flight operations organisations are tasked with the responsibility to manage the intricate process of safely delivering an aircraft to its destination airline or returning it to the lessor’s preferred location.  The leasing industry relies upon them to safely operate their aircraft during transitions and their role in the burgeoning industry of global aircraft leasing is becoming indispensable.

Flight operations providers are well versed in a full spectrum of flight operations services (FOS) so as to ensure that the delivery or the recovery of globally placed aircraft takes place in accordance with the industry’s highest safety standards and best practices.

During lease transitions, there may be a request for a demonstration or functional check flight. FOS providers have pilots who are experienced in carrying out unbiased check flights, operate to an approved demonstration flight profile and are available to assist and advise on the design of the flight. These pilots generally have extensive experience on the aircraft type and are adept at operating the aircraft in flight envelope areas that a normal passenger flight would not encounter.

Ensuring the aircraft is returned to the lessor in the condition set forth in the lease agreement is an important part of ending a lease and involves following a checklist of unusual flight profiles or manoeuvres to be carried out in accordance with the manufacturer’s requirements. Following a lessor’s acceptance of an aircraft, these pilots will fly the aircraft, often around the globe to its new destination. In the case of a smaller aircraft such as an ATR or a Dash 8, this may involve 12 or more sectors that take place over 1-2 weeks. In the case of a large wide-body such as a B777, the flight may be a long-haul 14-hour leg with only three or four pilots on board.

Often these flights are operated without a traditional Certificate of Airworthiness (C of A) as the aircraft is in transition. This results in flight operations taking place on Permits to Fly (PTFs), which a skilled FOS organisation is adept at working with and juggling the significant number of differences in planning and executing long-range continental flights.

Lessors often depend on flight operations organisations to deliver a newly purchased asset directly from the manufacturer’s factory (the OEM). A close and trusted working relationship is essential between the FOS team, the lessor and additionally the OEM handing over the new aircraft to the lessor.

FOS expertise also comes into play when lessors need to recuperate their assets during an airline liquidation or bankruptcy.  Operating with the utmost discretion and working closely with the lessor’s recovery team in often difficult or sensitive situations, FOS teams have the skills needed for conducting a full recovery process and ultimately retrieving the lessor’s asset and safely relocating it to another location.

Once an aircraft has reached the end of its valuable leasing life, they assist in its transition to a buyer or other destination. The journey of an aircraft during its lifetime is nearly as varied and colourful as the journey of a person’s life. The possibilities of where an aircraft may end up are nearly endless, especially as global air travel continues to grow in size and scope, and it is again the specific skills of a competent FOS team that manage these journeys for the lessor, the airline or the owner.

There are many intricate details that are fundamental to a successful flight plan. Fuel calculation is one of the most important aspects of planning and executing an efficient transition and must be carefully managed with access to independent fuel suppliers.  Compliance with air traffic control requirements and international Air Navigation protocols and restrictions is complex. Obtaining overflight permissions on the planned flight route, especially with an aircraft that is on a permit to fly is a time consuming and arduous process that requires close coordination with the lessor’s technical team to ensure planned departure times are adhered to.

Once the trip commences, maintaining vigilance to ensure all flight plan clearances are followed is a vital part of a FOS Flight Following service especially in sensitive parts of the world where a small navigational error may result in significant penalties or escalation of the local authorities’ reaction to unintentional errors.

An experienced FOS organisation will make sure your flight operation is on track, on budget and most importantly conducted to the highest of International Aviation safety standards.

FOS organisations are resourceful in anticipating time-consuming scenarios before they arise.  Understanding the location, the politics and the demographics of certain parts of the world is key to raising anticipation levels to ensure predictive and accurate forecasting of transition challenges. Creating strategies to ensure these potential scenarios are avoided and mitigating risks are key parts of a FOS team’s daily duties.

Additionally, they provide a variety of ground handling services for the aircraft and the operating crew/technical staff at any location.  These include:

FOS organisations purchase fuel for lessors and airlines every day. It is essential for a lessor’s peace of mind that they have access to a wide range of independent and audited fuel suppliers as the cost of fuel is nearly always the biggest outlay for any flight. Lessors benefit directly by using FOS organisations that are independent of fuel companies. Being flexible on who to choose as a fuel supplier is central to ensuring that the economic efficiency of a lease transition is maintained.

The U.S. Transportation Security Administration (TSA) issues waivers for various aircraft to fly within U.S. airspace, which includes the airspace above the United States and its territories. Whether an aircraft requires a waiver depends mostly on how large it is, country of registration, and whether it will fly to/from, within, or over U.S. airspace. Knowledgeable FOS organisations have a clear understanding of the scenarios where a TSA Waiver is required and are able to assist in obtaining this document.

Every quality FOS operator has Eurocontrol access as they are the registered aircraft operator for the lessor. Through a Eurocontrol account and working closely with FOS, lessors can access information about an aircraft’s flight plan as it transits Eurocontrol airspace.  This offers valuable information for lessors who are planning a repossession or who are trying to identify the location of their aircraft while monitoring the financial health of an ailing airline.

Developing a strong relationship with a FOS organisation is crucial to the success of aircraft transitions. FOS teams become the operator of a lessor’s aircraft throughout its transition and are fully responsible for it while it is under their management. Although they operate in the background, aircraft lessors and lessees rely heavily on FOS organisations for the delivery of aircraft across the globe.

Apart from partnering with a skilled and trusted provider of all the services discussed, it is advisable to source FOS organisations who are:

With offices in Dublin, Cork, Malta, Hong Kong and the Cayman Islands, and a connected, multi-national team, the company has strategically positioned itself to provide its services to a dynamic and global client portfolio.