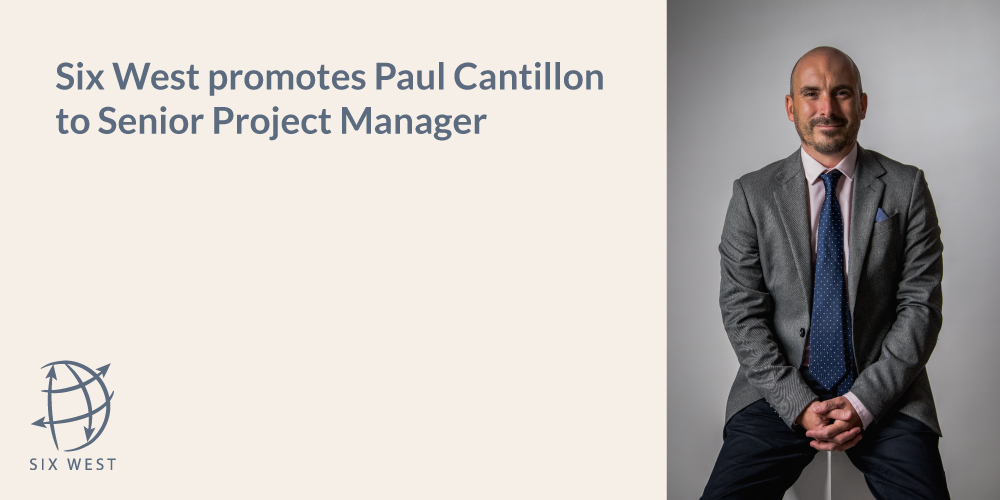 Six West, the recognised world leader in flight operations to the aircraft leasing industry has announced that effective from February 2022, Mr. Paul Cantillon has been appointed to the position of Senior Project Manager, Flight Operations.

Paul has been with Six West since July 2019 and during this period, he has worked closely with clients around the globe, overseeing and supporting a broad range of flight operations projects on a multitude of different aircraft types. He joined the Company during a period of robust growth and has always shown an unwavering commitment to delivering the high levels of service that has become synonymous with Six West. He has demonstrated his deep experience and skill during the past three years with a client centred focus, achieving project success within the often-challenging framework of safety, compliance.

Prior to joining the Six West team, Paul served in several other high profile European flight operations organisations. He arrived at Six West with an already impressive background and a solid, well-earned reputation across the industry.

As a Senior Project Manager, Paul will assume a more extensive portfolio of responsibilities within the Company and focus on delivering deeper relationship experiences with existing and new clients as the growth continues.

Matthew Gee, Chief Operating Officer of Six West, said: “Since Paul joined us in 2019, he has shown total skill and class in managing increasingly complex projects across cultures, time-zones, high pressured timelines and ever-changing dynamics within our industry. Paul has also developed and executed on a number of internal changes that have increased our own operating efficiencies and these are qualities that have demonstrated our confidence in this promotion for Paul. It is richly deserved and further positions Six West for growth and our adaption to the changing industry.”

Paul Cantillon said: “I’m thrilled with this promotion and am looking forward to the new challenges ahead with Six West. It’s been a very busy and eventful time since I joined but I have enjoyed it all. With the growth we’re seeing across all of our offices, I’m confident that Six West will continue to develop and expand our world class service to the aircraft leasing sector.”

With offices in Dublin, Cork and Shannon, and a connected, multi-national team, the company has strategically positioned itself to provide its services to a dynamic and global client portfolio.