COVID shutdowns during 2020 and 2021 and more recently, scheduling challenges, resulted in a lengthy delay with presentation of the prizes, but it was generally agreed on the day by all that it was well worth the wait! 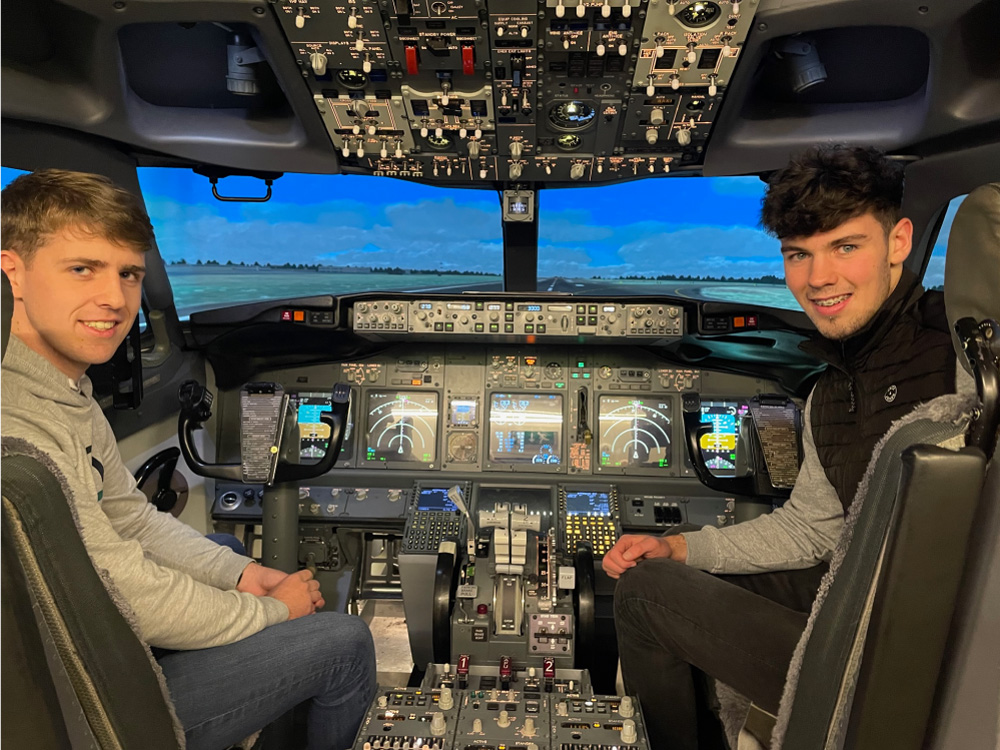 The competition, which was held in 2019 to all students in Ireland from transition to sixth year, was designed to create awareness of Ireland’s thriving aviation industry and to encourage students to consider a career in the field.

The winners, Ben Christy from Mount St. Michael, Rosscarbery, Cork and Evan Banable from Sutton Park School, Dublin, impressed the judges with their video entries. Evan’s submission focussed on the return of supersonic flight whilst Ben’s proposed a method to reduce fuel consumption during taxiing.

The prize for the two winners included a session in AFTA’s B737 flight simulator overseen by Flight Instructor Roy Forrest. Ben and Evan experienced take offs, enroute navigation, approaches and landings with some surprise events thrown in as well. Following this they enjoyed some real hands-on flying in AFTA’s aircraft around Cork.

Six West’s Jason Williamson attended the simulator session. “Seeing Ben and Evan at last enjoy the awards their entry submissions earned several years ago was a personally moving experience for me. It reminds me of the thrill and the excitement of having your adult and career years all in front and the important decision making that goes into where one steers their life. Exposure to the simulator and then the aircraft will no doubt help them in making some of these decisions, and I look forward to staying in touch with each of them and following their own journeys.”

If you’d like to see their winning entry videos, please visit our Young Aviators student initiatives page by clicking here. 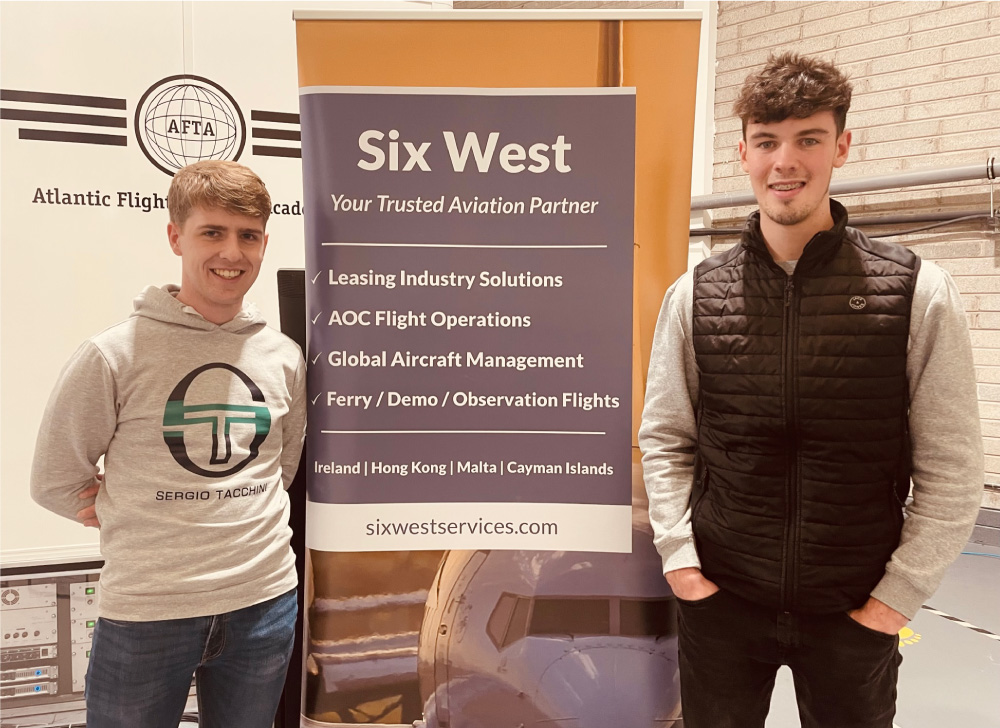 Six West is a world-leading provider of support services to the aircraft leasing industry and airlines. An aircraft operator of choice, Six West is responsive and predictive, supporting lease transitions, deliveries, demonstrations and distressed recovery operations.

With offices in Dublin, Shannon and Cork and a connected, multi-national team, the company has strategically positioned itself to provide its services to a dynamic and global client portfolio.

More details can be found at www.afta.ie