Matthew is our Chief Operating Officer and company director. As COO, Matthew is a central member of Six West’s leadership team, contributing significantly to the company’s strategic and operational development. In addition to this, he oversees the flight operations department and is a pivotal figure in driving the adoption of Six West’s industry-first AOC solution, which facilitates the secure deployment of aircraft into emerging markets around the globe.

Matthew joined Six West in 2017 as Director of Flight Operations, bringing growth and success to the flight operations department. His commitment to exceptional client service and his keen eye for detail, ensure that our solutions are consistently delivered to high standards.

With over two decades of industry experience, Matthew has developed his knowledge and skills in increasingly progressive roles. Prior to Six West, Matthew led the flight solutions department of a large technical services operator in Ireland, providing services to lessors and airlines. Before this, he worked in the operations control department of one of Ireland’s largest airlines, a regional airline and a tour operator airline.

Matthew’s love for aviation inspired him to take to the skies – he is a qualified pilot on a variety of single and multi-engine piston and turbine aircraft. 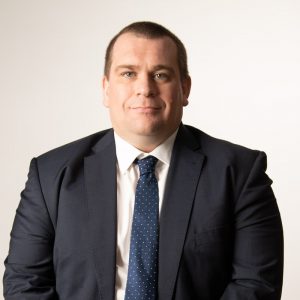